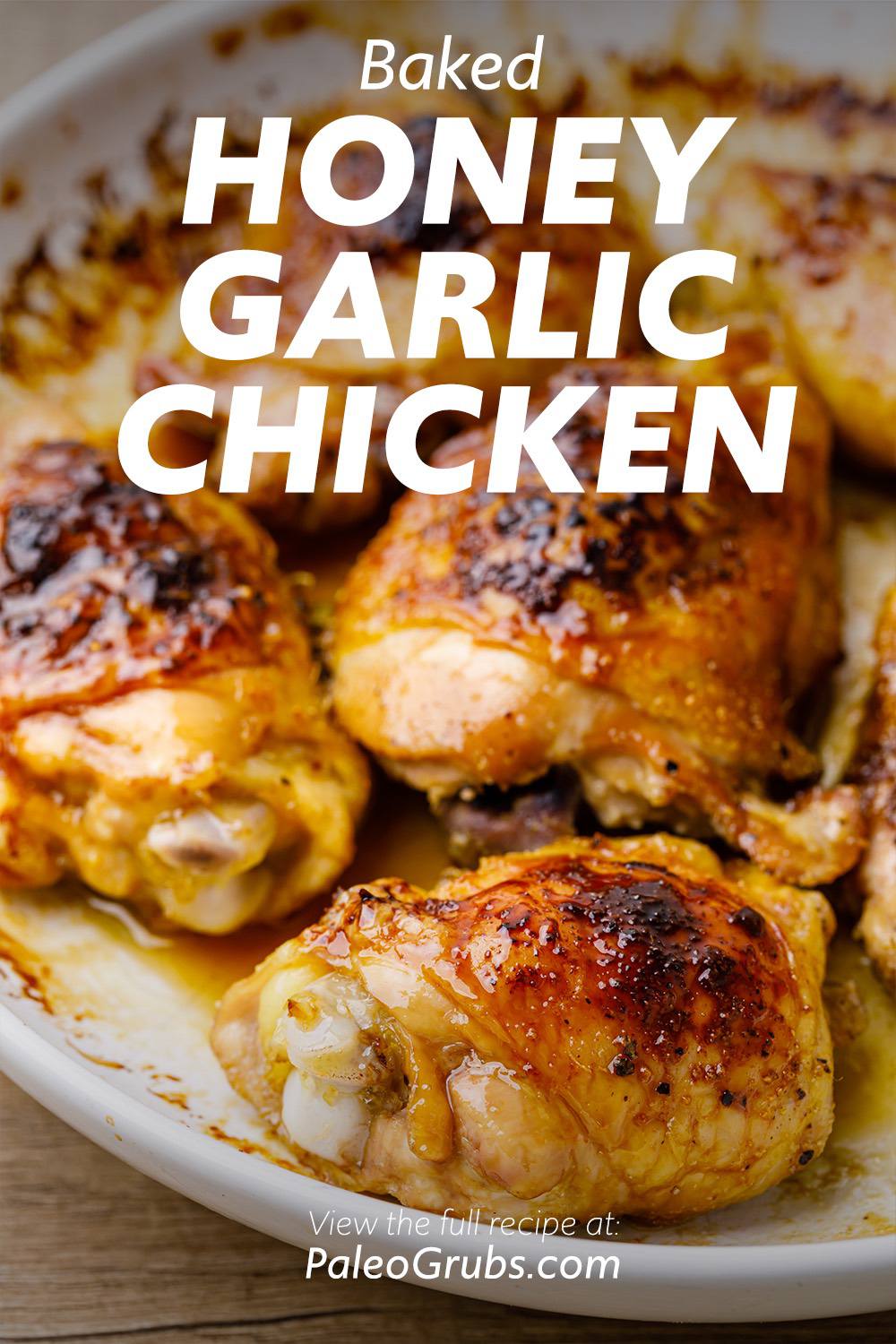 How to Make the Best Baked Honey Garlic Chicken

I used to think that crispy chicken and tons of oil go hand in hand, but this recipe is proof that that is not the case at all.

Start by preheating your oven to 400 degrees fahrenheit. Next, season your chicken thighs with just salt, pepper and garlic powder. Bake this in the oven for 30 minutes while you make the sauce.

In a saucepan, combine the garlic, apple cider vinegar, coconut aminos, honey, minced garlic and chicken broth. Bring this to a boil and reduce the heat, simmering for another 5-10 minutes or until you notice the sauce thickening slightly. 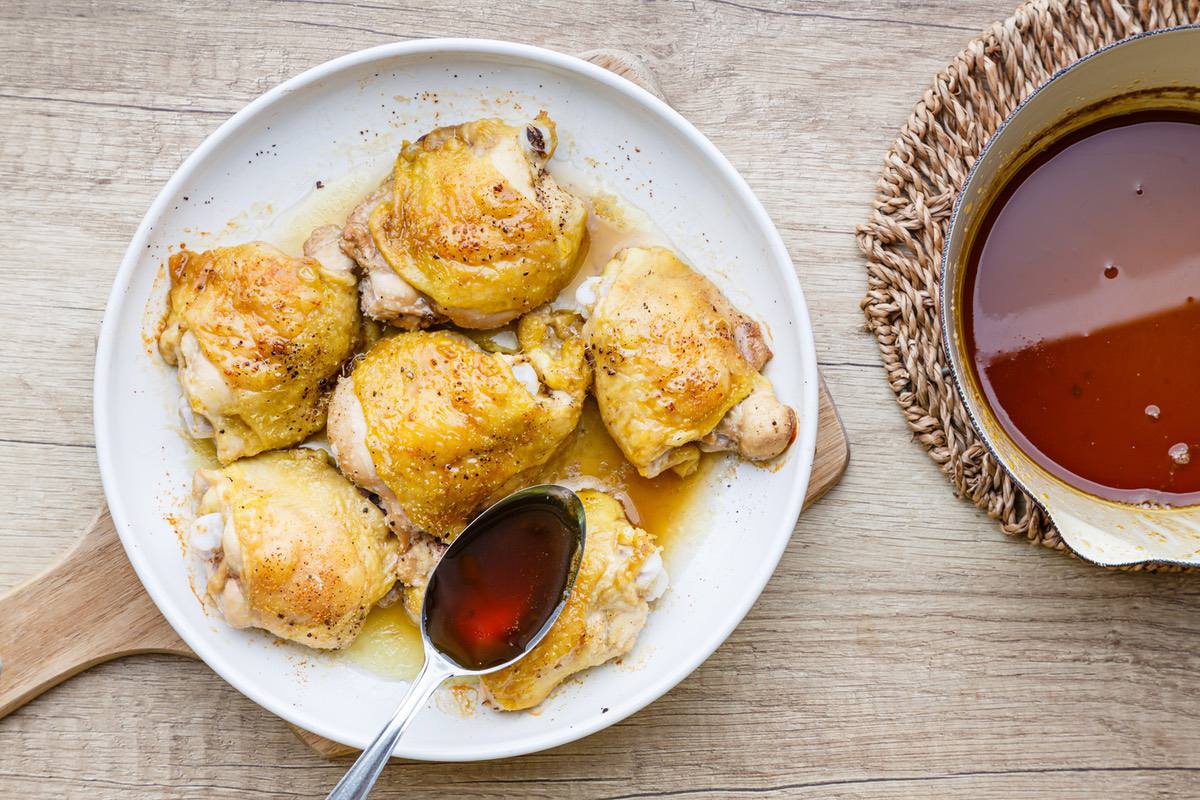 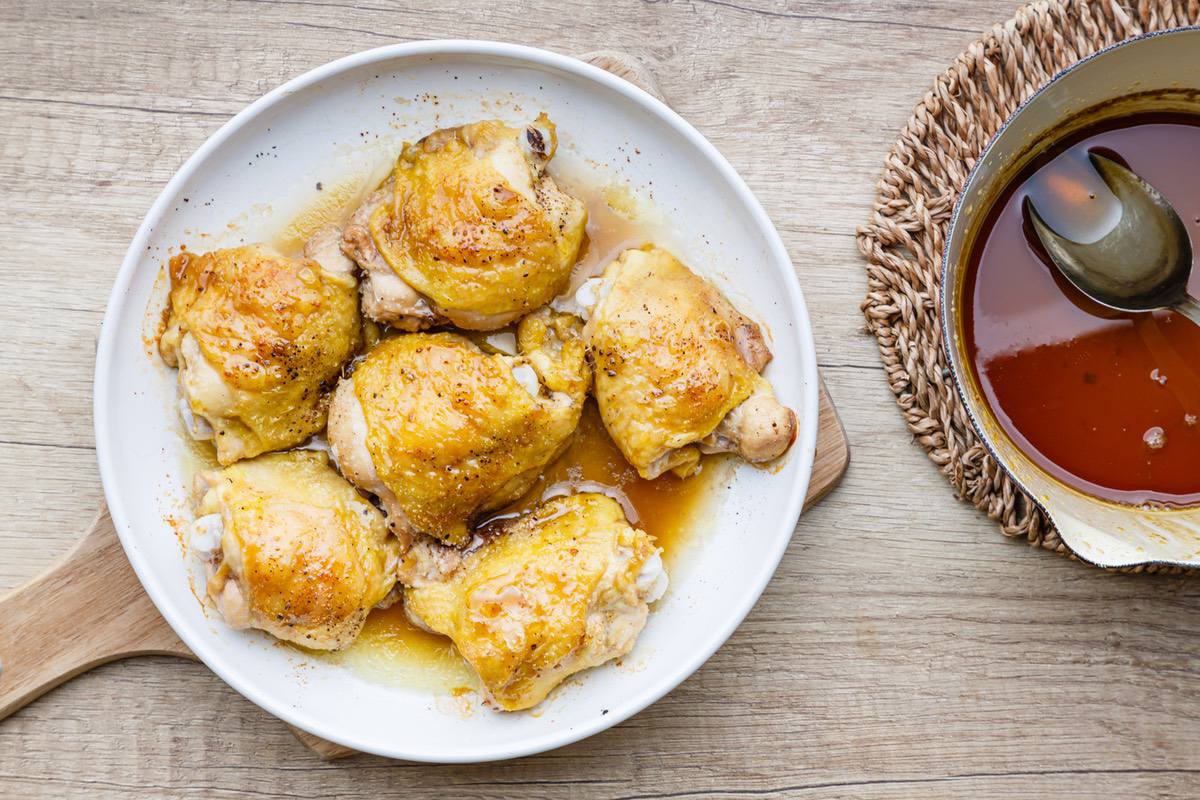 This sauce? Let me tell you… It’s mouthwatering. I love it on its own, but it really helps to create that crisp texture on the outside. Brush your chicken with this and put it back in the oven on broil until crisp. 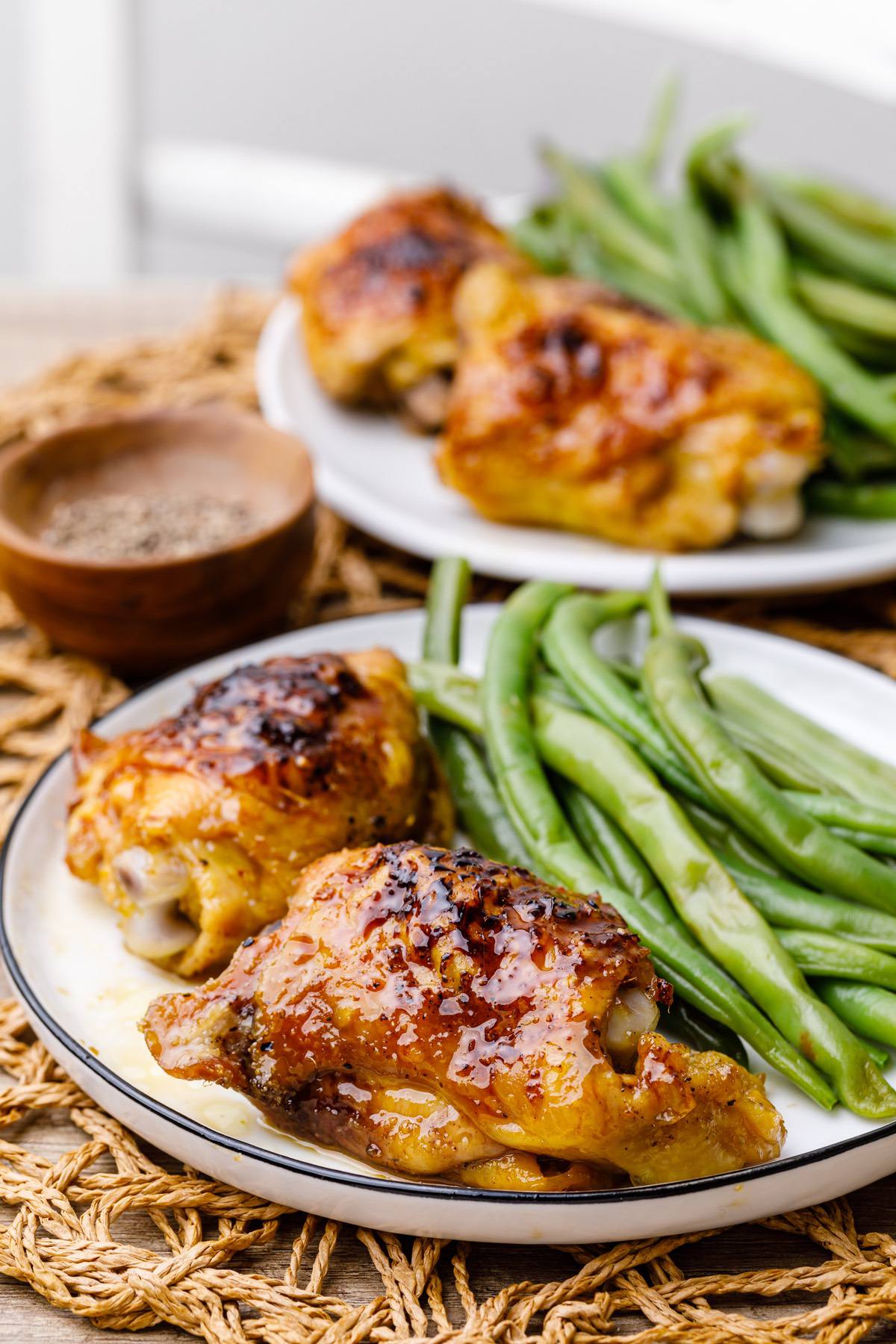 Chicken Thighs or Chicken Breasts – Can I Use Either?

Chicken breast is fine for this recipe, too, but I much prefer the flavor and fat content of chicken thighs. You want some fat in the meat to help keep it moist, especially since it’s going to broil at a high temperature at the end.

By using chicken breast pieces instead of chicken thighs, you’ll be able to cut down on some calories from fat (1), but bear in mind that you’ll also have less wiggle room in terms of baking and broiling time before it dries out! 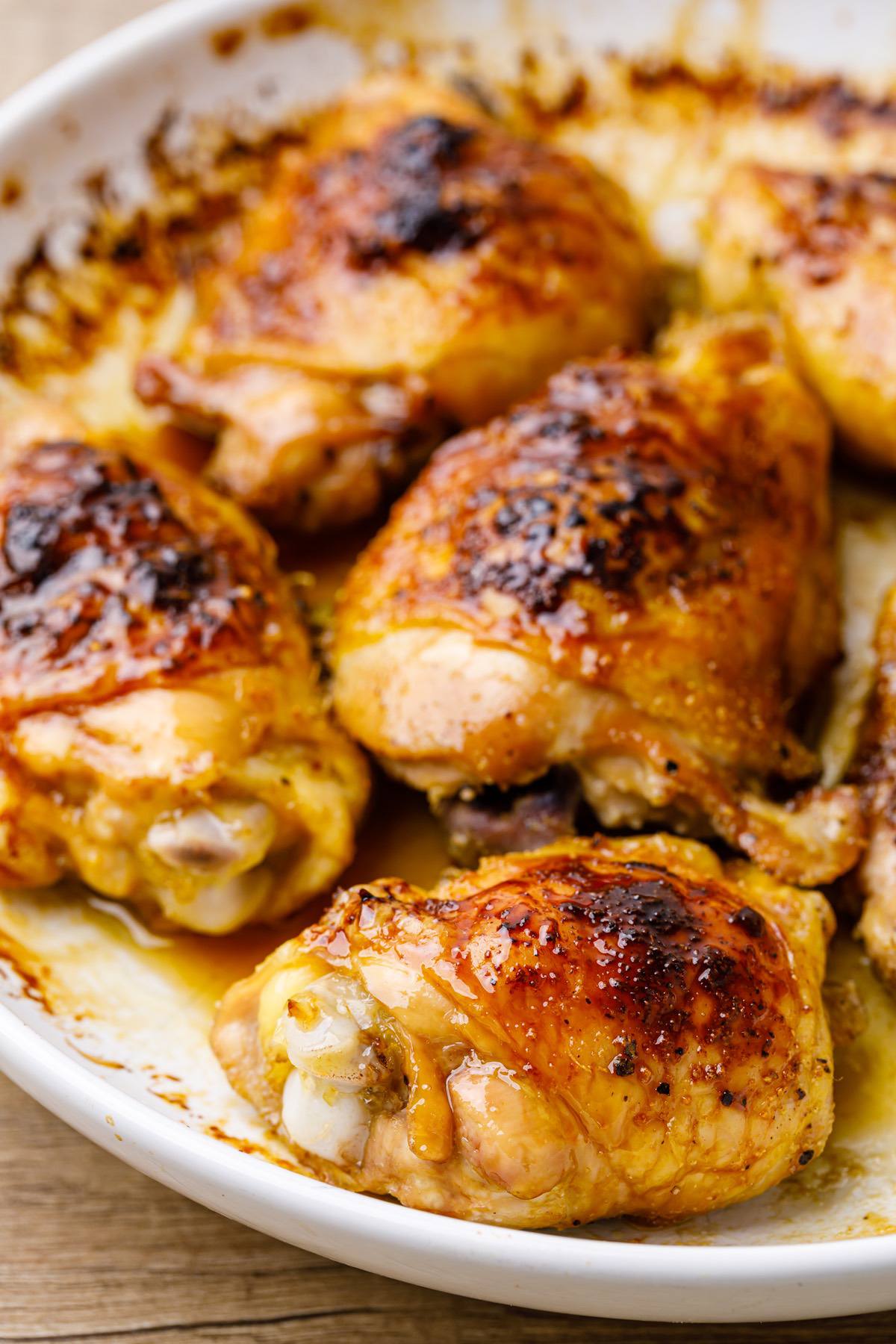 We love a good paleo-approved pairing, especially when it’s so much better than its not Paleo counterpart.

One of my absolute favorites is this Paleo Shrimp Fried Rice Recipe. You can leave the shrimp in and top it with the baked honey garlic chicken, or you can swap out the shrimp in the recipe and replace it with the chicken. Either option works fabulously. 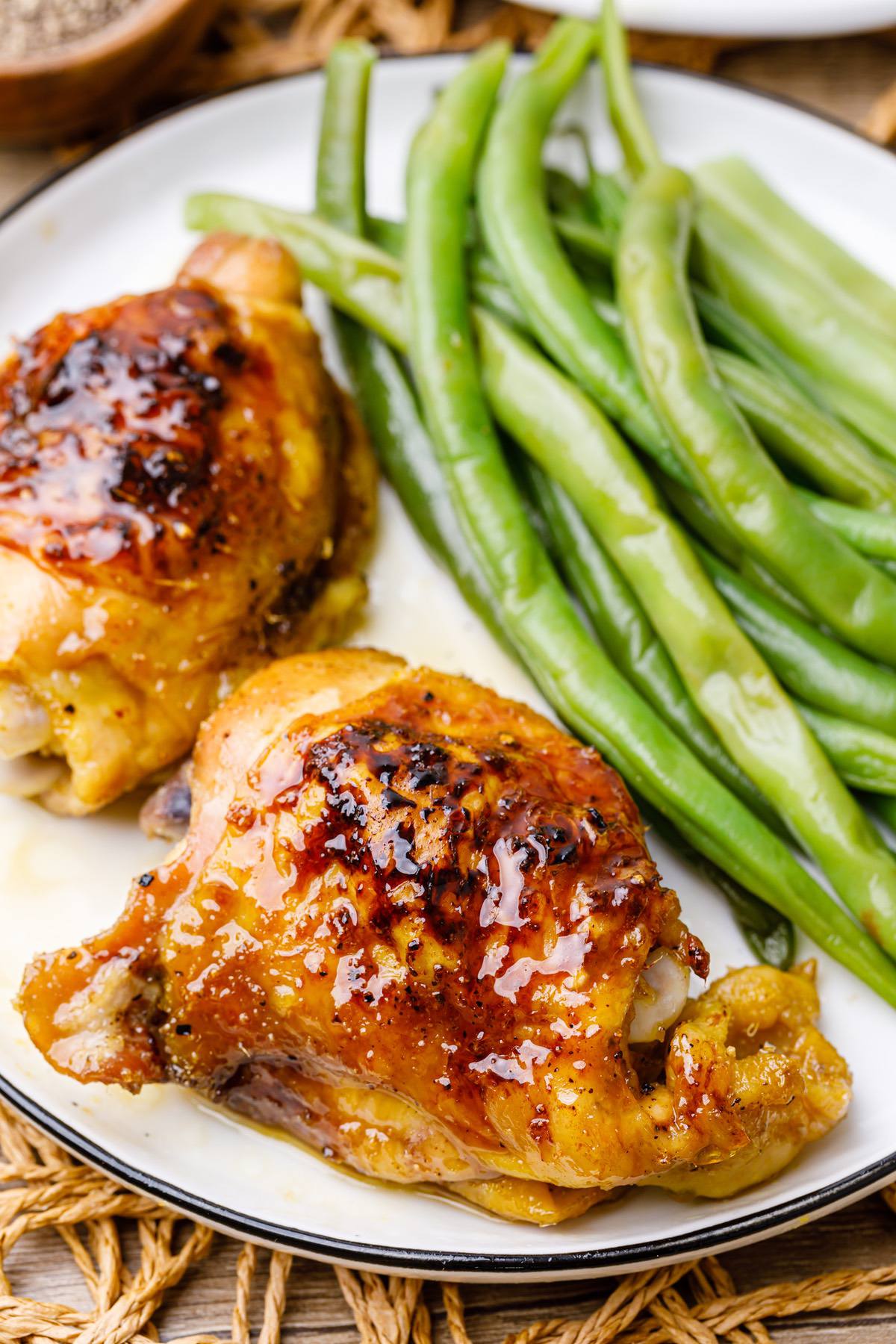 You could also pair this with some Mashed Cauliflower, which is meant to be like mashed potatoes.

FEEDmyFIT is a meal delivery service company located in Meridian, Idaho that creates nutritious meals to fuel athletes and those looking for a healthy diet. The views and opinions expressed in this article are strictly those of its authors and were not written by FEEDmyFIT. This article was originally published by Paleo Grubs.
Previous Baked Buffalo Cauliflower Wings (With Homemade Ranch)
Next Pineapple Chicken Skillet (Easy Paleo Chicken Meal)